Blackwater threatened to kill US investigator in Iraq: report

Washington (AFP) – The top manager in Iraq of the notorious private security firm Blackwater threatened to kill a US State Department investigator for probing the company’s performance, the New York Times reported Monday.

Just months following the US Court of Federal Claims rejection of the claim that the MMR vaccine causes autism, here you will see data from formal peer refereed medical papers showing that vaccines caused autism in British and in Japanese children and will be doing the same to children around the world. The number of Japanese children developing autism rose and fell in direct proportion to the number of children vaccinated each year:- 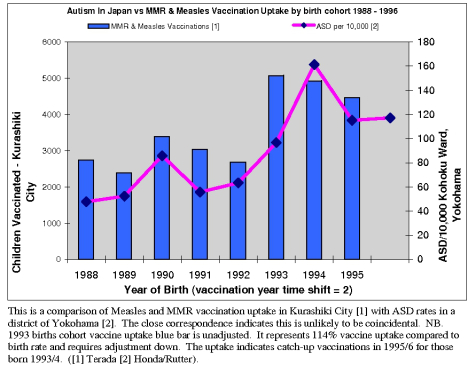 Click here on Contents for full details of the Japanese data [after our short section below on “British Data Show Vaccines Cause Autism”].

[See end of page for the above graph by annual % of children receiving MMR vaccination – still showing the same correspondence.]

We recently dined at Mumbai’s first Latin American fine-dining restaurant named Asado. The word Asado comes from a social event – more like a barbeque session – in Argentina. The term is used for a range of BBQ techniques. Now you get an understanding of what exactly this new restaurant is all about!

During my visit, I must admit that I loved the the Mexican Seafood soup the most. But what took so long to set up a LatAm themed restaurant in Mumbai? And does it match up to Mumbaikars’ expectations? The following interview with the owner Trimaan Singh Chandock, Director of Concept Development, should provide some clarity on the background of this special themed restaurant in Bandra. 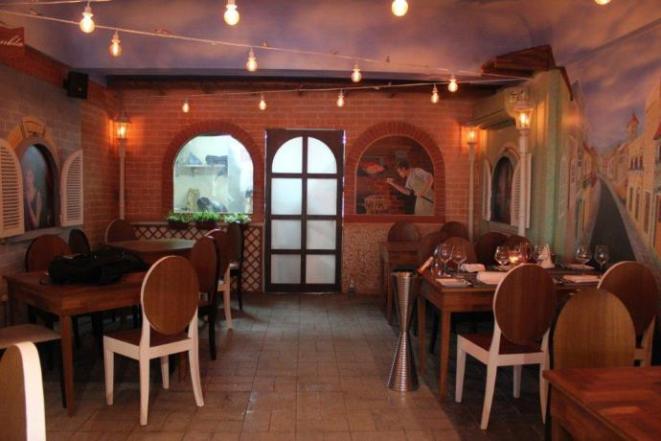 Asado is believed to be the first Latin American restaurant in Mumbai. What do you think took so long to set up one in the city? Also, what inspired you to take the…

(NaturalNews) Mercury tests conducted on vaccines at the Natural News Forensic Food Lab have revealed a shockingly high level of toxic mercury in an influenza vaccine (flu shot) made by GlaxoSmithKline (lot #9H2GX). Tests conducted via ICP-MS document mercury in the Flulaval vaccine at a shocking 51 parts per million, or over 25,000 times higher than the maximum contaminant level of inorganic mercury in drinking water set by the EPA.(1)

A lot of people that I talk to these days want to know “when things are going to start happening”.  Well, there are certainly some perilous times on the horizon, but all you have to do is open up your eyes and look to see the global economic crisis unfolding.  As you will see below, even central bankers are issuing frightening warnings about “dangerous new asset bubbles” and even the World Bank is declaring that “now is the time to prepare” for the next crisis.  Most Americans tend to only care about what is happening in the United States, but the truth is that serious economic trouble is erupting in South America, all across Europe and in Asian powerhouses such as China and Japan.  And the endless conflicts in the Middle East could erupt into a major regional war at just about any time.  We live in a world that is becoming increasingly unstable, and people need to understand that the period of relative stability that we are enjoying right now is extremely vulnerable and will not last long.  The following are 18 signs that the global economic crisis is accelerating as we enter the last half of 2014…

Bulgarian authorities have made seven arrests and pumped more than $2 billion into the country’s financial system in a bid to prevent a bank run spiraling out of control.

Officials blamed the rush to withdraw deposits on a coordinated attempt by individuals to destabilize the banking system by spreading unfounded rumors via social media, emails and text messages.

“There is no cause or reason to give way to panic. There is no banking crisis, there is a crisis of trust and there is a criminal attack,” said Bulgaria’s President Rosen Plevneliev in a public address on Sunday after the arrests were made.

It all started roughly 10 days ago when messages began circulating warning people that the country’s financial system was unstable. Bulgaria’s Corporate Commercial Bank ran out of money and was placed under state control.

The collapse revived memories of a previous Bulgarian banking crash in the 1990s, and as the rumors kept coming another Bulgarian bank — First Investment Bank — was overwhelmed by people rushing to withdraw their savings.

That bank was forced to close temporarily on Friday after its branches and ATMs were drained.

In response, the central bank said over the weekend it would provide a credit line worth 3.3 billion Bulgarian lev ($2.3 billion) to the country’s banks to reassure people about the safety of their savings.

The health effects of a Roundup-tolerant NK603 genetically modified (GM) maize (from 11% in the diet), cultivated with or without Roundup application and Roundup alone (from 0.1 ppb of the full pesticide containing glyphosate and adjuvants) in drinking water, were evaluated for 2 years in rats. This study constitutes a follow-up investigation of a 90-day feeding study conducted by Monsanto in order to obtain commercial release of this GMO, employing the same rat strain and analyzing biochemical parameters on the same number of animals per group as our investigation. Our research represents the first chronic study on these substances, in which all observations including tumors are reported chronologically. Thus, it was not designed as a carcinogenicity study. We report the major findings with 34 organs observed and 56 parameters analyzed at 11 time points for most organs.

The stunning health effects of magnetic fields on our physiology

(NaturalNews) The world is surrounded by magnetic fields generated by the earth, solar storms, changes in the weather and everyday electrical devices. Recently, scientists have discovered that external magnetic fields can affect the body in both positive and negative ways, and the clinical observations are serious eye openers.
Learn more: http://www.naturalnews.com/045779_magnetic_fields_physiology_brain_waves.html#ixzz367mOFVRm

Blackwater threatened to kill US investigator in Iraq: report

Washington (AFP) – The top manager in Iraq of the notorious private security firm Blackwater threatened to kill a US State Department investigator for probing the company’s performance, the New York Times reported Monday.

- 6 15 53 : ? A about After AKJV An and Are As at Authorized Autism be biblegateway by Children Christ Corinthians David DEATH Documentary Dr E for from Full Hagin Health Hell His How injury Is Isaiah James JESUS just Kenneth King Music New News Not of old on one Personal PRAYING RT Spiritual study testimony that The this to Vaccination vaccine vaccines VAXXED Version Video What Why With World You Your în
the news network
Create a free website or blog at WordPress.com.
Loading Comments...
Comment
×